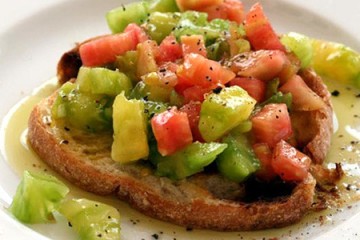 According to the old rule of thumb, you’re supposed to drink eight glasses of water per day (and some experts recommend even more). That can seem like a daunting task on some days, but here’s the catch: You don’t have todrink all that water. Roughly 20% of our daily H2O intake comes from solid foods, especially fruits and vegetables.

It’s still important to drink plenty of water—especially in the summertime—but you can also quench your thirst with these 15 hugely hydrating foods, all of which are at least 90% water by weight. 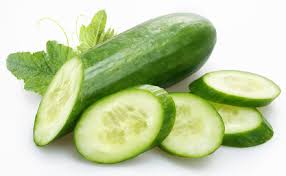 This summer veggie—which has the highest water content of any solid food—is perfect in salads, or sliced up and served with some hummus, says Keri Gans, RD, author of The Small Change Diet: 10 Steps to a Thinner and Healthier You and a consultant to Mindbloom, a technology company that makes life-improvement apps.

Want to pump up cucumber’s hydrating power even more? Try blending it with nonfat yogurt, mint, and ice cubes to make cucumber soup. “Soup is always hydrating, but you may not want to eat something hot in the summertime,” Gans says. “Chilled cucumber soup, on the other hand, is so refreshing and delicious any time of year.” 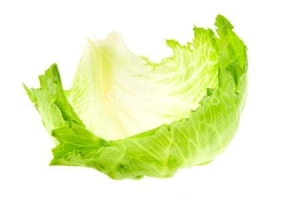 Iceberg lettuce tends to get a bad rap, nutrition-wise. Health experts often recommend shunning it in favor of darker greens like spinach or romaine lettuce, which contain higher amounts offiber and nutrients such as folate and vitamin K. It’s a different story when it comes to water content, though: Crispy iceberg has the highest of any lettuce, followed by butterhead, green leaf, and romaine varieties.

So when the temperature rises, pile iceberg onto sandwiches or use it as a bed for a healthy chicken salad. Even better: Ditch the tortillas and hamburger buns and use iceberg leaves as a wrap for tacos and burgers. 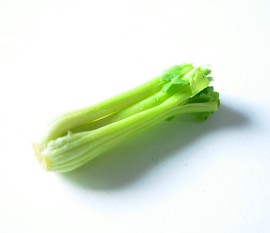 That urban legend about celery having negative calories isn’t quite true, but it’s pretty close. Like all foods that are high in water, celery has very few calories—just 6 calories per stalk. And its one-two punch of fiber and water helps to fill you up and curb your appetite.

This lightweight veggie isn’t short on nutrition, however. Celery contains folate and vitamins A, C, and K. And thanks in part to its high water content, celery neutralizes stomach acid and is often recommended as a natural remedy for heartburn and acid reflux. 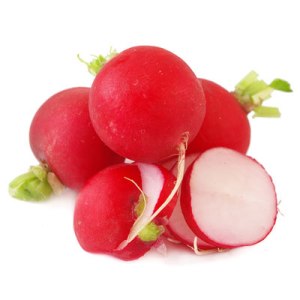 These refreshing root vegetables should be a fixture in your spring and summer salads. They provide a burst of spicy-sweet flavor—and color!—in a small package, and more importantly they’re filled with antioxidants such as catechin (also found in green tea).

Superfood Secrets for a Long and Healthy Life 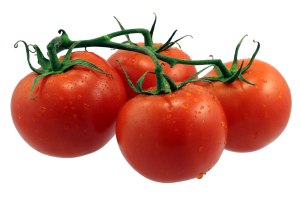 Sliced and diced tomatoes will always be a mainstay of salads, sauces, and sandwiches, but don’t forget about sweet cherry and grape varieties, which make an excellent hydrating snack, Gans says. “They’re great to just pop in your mouth, maybe with some nuts or some low-sodium cheese,” she says. “You get this great explosion of flavor when you bite into them.”

Having friends over? Skewer grape tomatoes, basil leaves, and small chunks of mozzarella on toothpicks for a quick and easy appetizer. 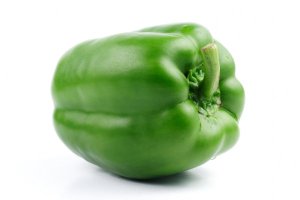 Bell peppers of all shades have a high water content, but green peppers lead the pack, just edging out the red and yellow varieties (which are about 92 percent water). And contrary to popular belief, green peppers contain just as many antioxidants as their slightly sweeter siblings.

Peppers are a great pre-dinner or late-night snack, Gans says. “We tell people to munch on veggies when they have a craving, but a lot of people get bored of carrots and celery pretty quickly,” she says. “Peppers are great to slice up when you get home from work, while you’re making or waiting for dinner.”

Colorful Produce For a More Nutritious You 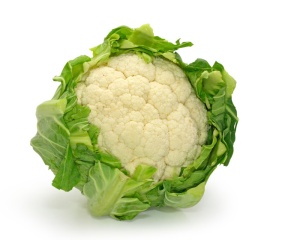 Don’t let cauliflower’s pale complexion fool you: In addition to having lots of water, these unassuming florets are packed with vitamins and phytonutrients that have been shown to help lower cholesterol and fight cancer, including breast cancer. (A 2012 study of breast cancer patients by Vanderbilt University researchers found that eating cruciferous veggies like cauliflower was associated with a lower risk of dying from the disease or seeing a recurrence.)

“Break them up and add them to a salad for a satisfying crunch,” Gans suggests. “You can even skip the croutons!” 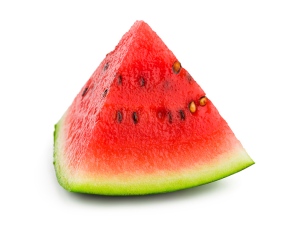 It’s fairly obvious that watermelon is full of, well, water, but this juicy melon is also among the richest sources of lycopene, a cancer-fighting antioxidant found in red fruits and vegetables. In fact, watermelon contains more lycopene than raw tomatoes—about 12 milligrams per wedge, versus 3 milligrams per medium-sized tomato.

Although this melon is plenty hydrating on its own, Gans loves to mix it with water in the summertime. “Keep a water pitcher in the fridge with watermelon cubes in the bottom,” she says. “It’s really refreshing, and great incentive to drink more water overall.”

You can change now for a better and safe life. Contact me here:

The Best Foods for Every Vitamin and Mineral

3 thoughts on “15 Foods That Help You Stay Hydrated”